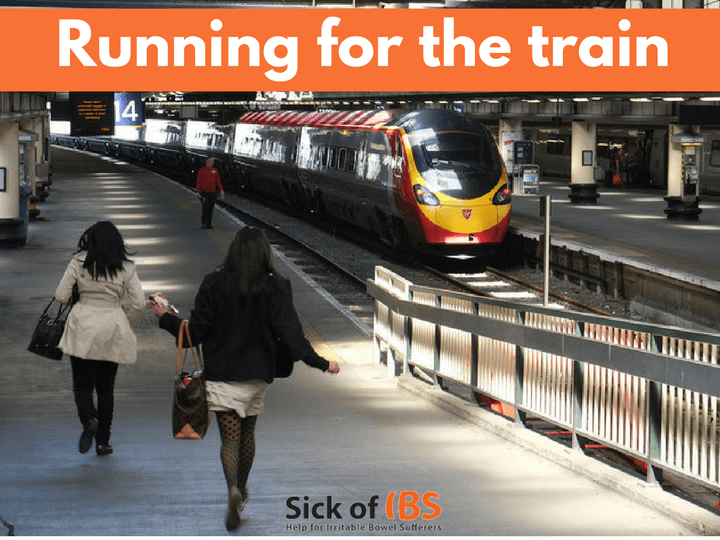 I had long flare-ups of IBS-D (with diarrhoea) for a year at the beginning of my IBS that then turned into IBS-C (with constipation). It would come back out of the blue every so often due to stress. I consider myself lucky not to have known IBC-D all day, every day as some of you do, though I must say that IBS-C has its own trials.

Do you suffer from chronic IBS-D? Have you looked into bile acid malabsorption?

According to Dr Colin Tidy, a third of IBS sufferers deal with chronic watery diarrhea daily having a major impact on their quality of life. If you think you may be  concerned, do have a look at this testimonial, and this information leaflet about bile acid malabsorption,

Running for the train

The most embarrassing IBS-D experience I had was running for the train. A few years ago before I beat my IBS, I was still struggling to deal with symptoms. I was supposed to take the train to Paris and to be at a trade fair all day, confidently meeting potential customers and finding out more about the market in general.

It was my first trade fair of this kind and I was to join other employees on our stand and represent the company. Deep down  I was feeling a little nervous so I tried to boost my confidence by to dressing smartly for the occasion. 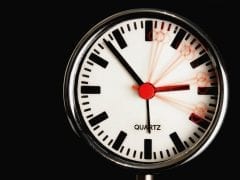 That morning I had to take the train to Paris. We had not been in town for long and I had to find the station and which of the numerous platforms my train was at.

I had left extra time for this but time was ticking on. It took me ages to find a parking slot free. Then I found I had a really long walk to platform 25.

I suddenly realised that if I didn’t get a move on, I was going to miss the train. I could feel my bowels cramping like crazy.

The next train was in 2 hours, and I was going to be really late. So I ran for the train and just got in the carriage as the door closed and the whistle blew. But as I was running for the train, I felt an unmistakable warm “rush”. I thought “I hope it’s just wind…”. But it wasn’t. I had no change of clothing possible. Before looking for my seat I locked myself in the bathroom and was horrified by what I found. I had no choice but to discard my underwear and did what I could with the little toilet paper available. 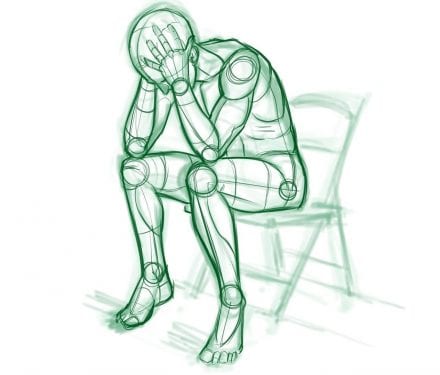 Finally I got to my seat and wondered what I was going to do. I decided that on arrival I would find a shop somewhere and get some perfume and underwear. However, when the train drew in I found that I was miles away from any shops:)

So I arrived at the trade fair feeling extremely conspicuous. I managed to borrow some perfume and spray it about. Thank goodness I was wearing dark business colours. So I spent the entire day trying not to get too close to anyone and not straying far from the bathroom “just in case”. My colleagues didn’t say anything, but they must have wondered.

I felt so self-conscious. Instead of being able to use this opportunity to make new contacts I just “got through” the day, and left as early as possible.

I realised later that there were a number of things I could have done to anticipate and improve on this experience. So I tried to use that experience to tune more into my reactions and needs.

It was a new and therefore stressful experience = potential trouble. So I should have seen it coming and needed to look out for this in the future. The evening before I was so absorbed with the stress of the trade fair, I didn’t do anything to support my poor body. By letting my mind and it’s stress take over, and my body to (badly) cope on its own.

I should have taken some antispasmodics the day before as well as on the day, and I should have eaten something light that I knew I could tolerate.

Really I should have taken a few changes of underwear with me –  plus a couple of packs of tissues and baby wipes.This would have totally saved the day for me

I could have left even more time than I thought necessary for everything. That way I would have had plenty of time to go to the bathroom if necessary, and calmly find my seat. Instead of that I rushed around like a mad thing, raising stress levels and pushing my body to its limits.

I should have learned relaxation techniques. At the time I had no clue about powerful tools like deep breathing and mindful meditation. I think I would have probably avoided having episodes of IBS-D altogether by using them. If you are not using these allies, you are missing out.

I also learned to avoid wearing light colors when I have something important or nerve-wracking to do. That way any marks don’t show, whether that means bolognese sauce stains –  or something else!

HAVE YOU SEEN THESE?

We use cookies to ensure that we give you the best experience on our website. If you continue to use this site we will assume that you are happy with this.Ok