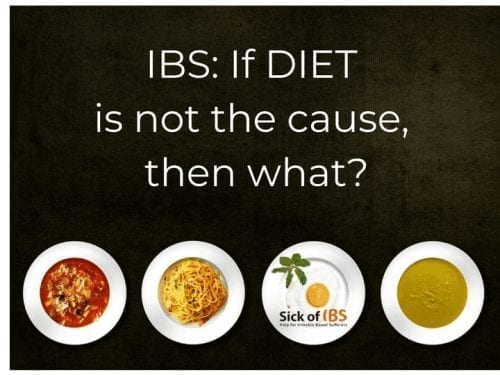 So you have tried a low Fodmaps diet for IBS, reducing sugar and processed foods. You’ve been tested for SIBO and Candida, and sorted those out. And you are STILL suffering with IBS and wondering what else might be the cause?

This is where I got stuck. And where any of you who are still “managing symptoms” are probably stuck too.

Because although changing IBS diet has helped, it hasn’t got you long-term relief you are looking for.

I could see that stress was causing me some problems. I even worked out which people, situations, feelings, even smells were triggering me. But I didn’t know why, or what I could do about them – if anything.

But there is an answer – and it has become my specialist subject.

If it’s not diet, what else can trigger IBS flare-ups?

Consider this question: Why is it that two people can go through an identical situation and experience it differently?

Well basically it all comes down to who we are, our beliefs, our past experiences, and our core values. When I studied NLP (neuro-linguistic programming) I discovered this. It comes down to whether they perceive it as threatening – or not. This reaction is subsconscious, based on the associations they have made in the past.

There is a specific learning process we go through every time we interact with the outside world.

If this interaction results in us feeling even slightly threatened in any way – consciously or unconsciously, it can trigger a reaction: shallow breathing, tensing of the shoulders and back, restless physical state, and even one of those lovely IBS flare-ups that we all hate. 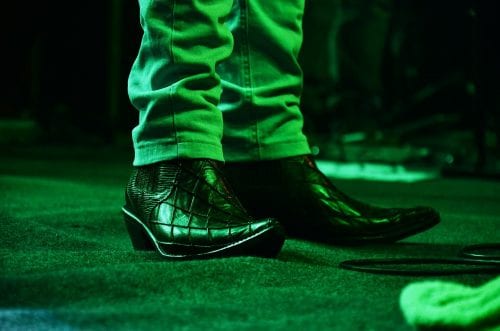 Imagine a man comes out of a shop with big cowboy boots on. How would you and others react ?

One person might find that very sexy, because where they are from these boots are in fashion and very virile.

Another person might find them funny – because they look as if they have come straight out of a cartoon, they are so huge!

Another person may not even notice, because they have other things on their mind.

A fourth person might feel threatened, because there was that nasty guy at school who used to have a pair. They may or may not remember that event. But their body and mind does – and sets of that stress reaction.

Maybe you feel under pressure at work, you may have a colleague that seems to sail through it all easily, unperturbed.

What if you didn’t feel the same pressure? What if you felt more relaxed? How would that feel instead?

What would that change for you – and your IBS? I had a client who felt under considerable pressure at work.

He was feeling under pressure because of tight deadlines. He was scared of making mistakes on big projects that would cost a fortune and could make him lose his job.

When he felt stressed he found he was more prone to making mistakes and lost his concentration.

And that pressure repeatedly set off headaches and digestive problems. In the evening he would go home and feel exhausted.  He felt like he was locked in a downward spiral.

In just a couple of sessions, we got to the triggers, the root causes of the problem:

He was the eldest, and at home he remembered always being told to “Hurry Up!” and that he was “too slow”.

One day at school his class finished late, and although he ran, he missed the school bus by a few seconds. His had to come and pick him up and “gave him a right talking too” all the way home.

At school the time pressure on tests made him panic. His mind would go blank and he would start to feel sick. As a result, he never managed to finish answering all the questions – and never seemed to get the marks his parents were expecting.

Once he could see what was triggering his current problem, he was able to release the emotions around not being good enough, being too slow and not living up to expectations.

Firstly, he was able to relax more.

Then, by stepping out of that deadline pressure he was able to concentrate more fully on what he had to do.

Instead of fear and stress taking over, he could access all of his capacities. And he found that he could work much more quickly and effectively.

He felt much more resourceful, and finished the project way before his deadline, feeling satisfied with the result. And of course the headaches and digestive problems could begin to release too.

What else could be causing your IBS?

When changing diet for your IBS isn’t getting you the relief you are craving,

consider the triggers that you have developed through experience – and that you can change.

These are the triggers that can actually be stopping you enjoying your favourite foods.

I hope this shows that we don’t have to put up with fear and excessive stress. And that for you, maybe this is THE missing key to improving – or even recovering from your IBS.

If you want to release your IBS triggers and get relief, why not work with me?