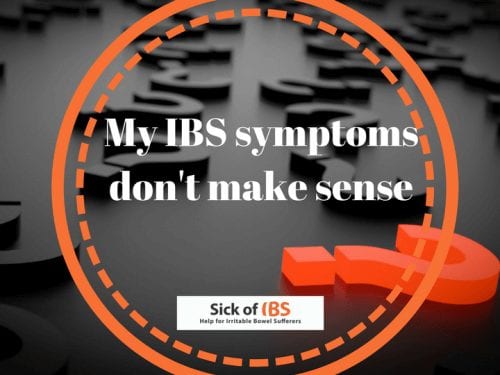 Do you feel that your IBS symptoms don’t make sense? It’s a common problem. One day you will be relatively fine, and the next you will have a flare-up for no apparent reason. And this is particularly frustrating if you are doing your very best to avoid these flare-ups and lead a ‘normal’ life.

Trying to make sense of it all 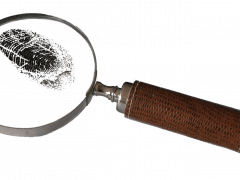 IBS busting is like being in a detective movie. You have the crime (the pain) and all you have to go on are your symptoms scattered around or hidden in odd places as clues.

But it’s not as easy as Cluedo, where you can proceed logically to find the culprit.

IBS is much more complex and elusive. As hard as you try symptoms just don’t make sense.

Have you ever had the situation where you think you might be on to something, and then a flare-up starts up and you go back to square one?

If you can’t really see any pattern to speak of, this stops you moving forward. So you have no option but to go back to taking meds and trying to “manage symptoms”.

Do you ever get the impression that there are keys to your IBS symptoms that you are just not seeing?

Behind your IBS symptoms are triggers. These triggers are the invisible buttons that get pushed and start the reactions in your body. These may be food triggers, related to food intolerance. And as we all have digestive problems of one sort or another, this seems like a logical place to start.

However there are other triggers you need to consider. Despite what it looks like on the outside, food triggers are often only part of the puzzle.

Where to look when your IBS symptoms don’t make sense

If your IBS symptoms don’t make sense, and your IBS triggers are not clear, the most useful place you can look for clues is when your IBS started.  Not just the day it started, but also the few months prior to that.

So in your mind go back to that time when your IBS started up. And look there for clues about cause and effect:

What was going on in your life back then?

Maybe there was a particular event that was painful or that you found difficult?

Or maybe you were in a situation that lasted over several months.

Did you start a new job? Did you move? Did you split up with your partner?

Maybe there were several things going on at the same time.

Don’t underestimate the clues that come to mind. They say a great deal about you & your IBS.

If you’re sick of searching and just want to fast forward, why not work with me?